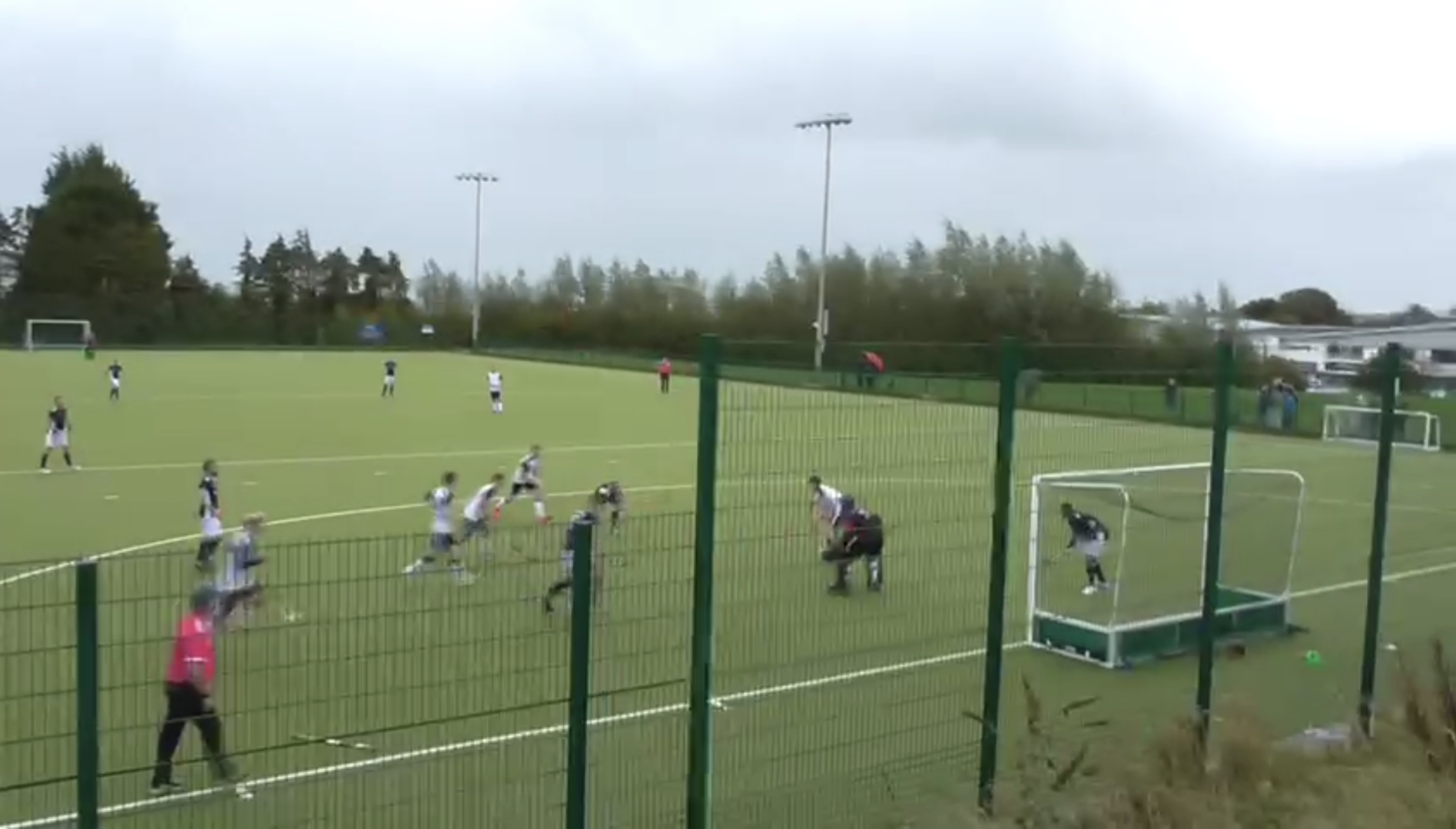 Published: about 2 months ago

Bray entertained North Down (ND) hockey club for the first round of the Irish Hockey Trophy. Bray found themselves to be 1-0 down within the first few minutes after a questionable goal by North Down. Looked to have clearly hit the foot of the North Down player, they didn't celebrate when it went in, the umpire however gave the goal. Brays queries were waved away.

Bray struggled to link up with each other in the first half and failed to creat any clear opportunities. ND took advantage of Brays sloppy play and added a 2nd in the first quarter and then a 3rd from a short corner in the 2nd quarter.

Bray were a different team in the 2nd half however and barely gave ND a sniff! They pressed high and put ND under pressure. It paid off with a well won short corner which was dispatched by Grattan Evans with a trademark deflection.

Bray continued to press and when Cliff Bailey intercepted a ND attempt to clear the ball, he calmly played in David Nuzum to slot it past the ND keeper.

3-2 and all to play for. Brays best chance to equalise came through Devan Keenan who was unable to convert a 1v1 after the ND keeper made a good save.

3-2 it ended. Plenty of positives to take from the 2nd half for Bray but unfortunately the 1st half was their undoing and their cup comes to an end.

Bray have a quick turnaround and face Corinthians away on Tuesday night in the league at 8pm.

We launched our Bray HC Beanies a while back and we still...

Please note that there will be a Musical taking place in ...

Book of Condolences in memory of Grace Rush

In memory of Grace Rush we have a book of condolences ope...

It is with heavy hearts that we have learnt of the tragi...

Parents - check out below for latest updates on Halloween...