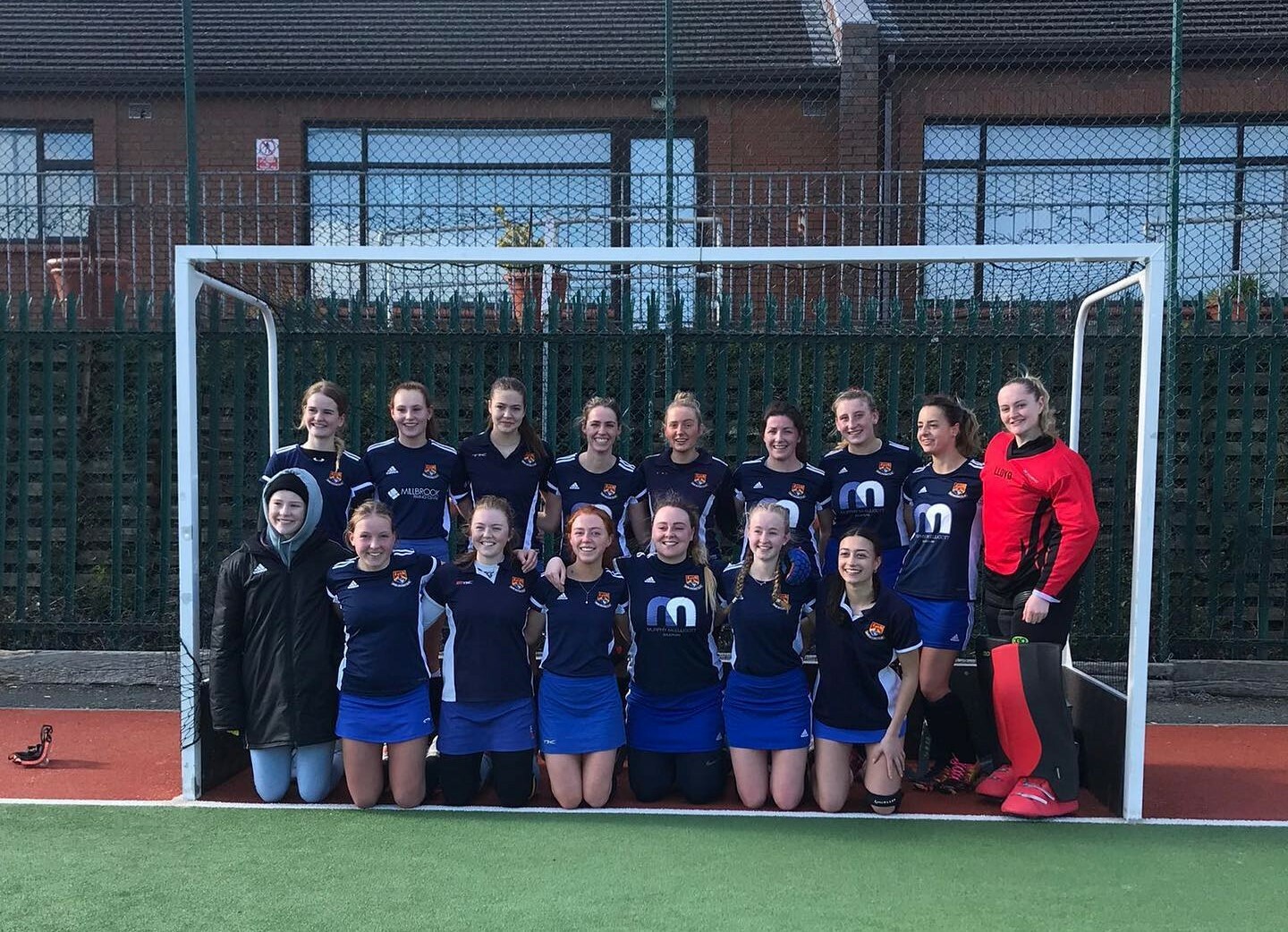 Published: about 1 month ago

Thanks to everyone who has been up to training and at the matches to date. We appreciate it is a shorter timeline to selection this year and with this carries some additional complexities. As a Coaching & Selection team we are communicating regularly and aiming to find the best solution to implement a selection process that is fair for all players and coaches in order to best enable preparations for the upcoming season.

Due to the changes of dates in Leaving Cert results being much later and in turn college offers and timetables, selecting players is more difficult this year. LC results are due on the 2nd September with College offers by September 8th. However, in order to continue with selection as planned so that squads can progress with preparation for the league, we have implemented a “named reserve” system for the coming 2/3 weeks until college placements and timetables are finalised for relevant players.

This will work as follows:

· Ladies 1sts – Squad of 16 selected with 4 named reserves. The reserves are considered 2 players and will train with the 2s as part of their squad unless otherwise brought into the 1s or required for matches etc.

· Ladies 2nds - 4 named reserves from L1s plus 12 players selected. Additionally, 4 players will be named as reserves who will in turn be considered as 3s players and train with the 3s unless otherwise advised.

· Ladies 3rds - 4 named reserves from L2s will be considered L3s and will train with the L3s unless otherwise advised.

Selection for L3s, L4s and L5s to be done on September 4th. It is likely we will continue with the named reserve process until college is sorted out for the respective players in the higher squads.

Further note that the listed named reserves are NOT in listed in order of selection and being pulled up for selection will be decided by the relevant team coach and will consider the positions available and player performance, attitude etc.

All squad selection is in alphabetical order. Reserve players are marked by * beside their name.

Goalkeeper selection for 1s is included below and selection for 2s GK will take place this week with Holly. Holly will take the session and will discuss the best fit for the 2s with Fiona. Holly will continue to assess the other GKs until selection for the 3s to 5s is in place also and will support the team coaches in their decisions.

Selection and squad movement throughout the season will continue as normal and we hope that players will move fluidly between the squads throughout the season. We appreciate some of you may be disappointed with not making the L1s or L2s but we encourage you to keep working hard and take opportunities to step up when they come.

Should you require feedback from a Coach about your game, please reach out to them via text or ClubZap and arrange a chat at a conveniently mutual time. We ask that you wait at least 24 hours before reaching out to a coach in order to process the decision. Additionally, we ask that you pre-arrange a meeting time and don’t just approach the Coach at the side of the pitch looking for feedback. This will allow the Coach to compile appropriate feedback and will also reduce the emotional side that comes with selection.

For those not selected below, your training times will be as follows:

Please see selection and named reserves below for the L1s and L2s. Congrats to all selected and thank you for your continued efforts. 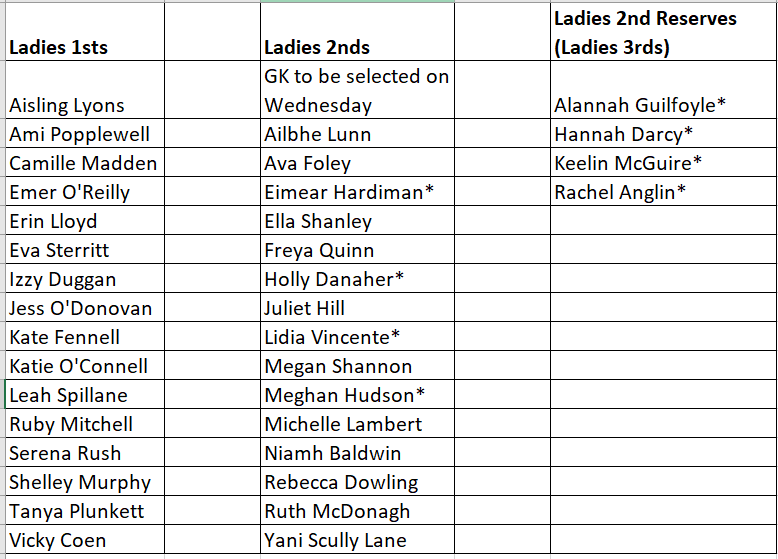 Training Times for this week:

Please feel free to reach out to me directly on any of the above.

Friendly reminder to all Senior Members that your Club ...

Throughout the season we are always looking for people to...

Senior Members - Make sure your coach/ captain has your M...

You must have a valid Hockey Ireland ME number and ensure...

Get your hands on our limited edition 22/23 Season tracks...